A Mystic Journey on the Westside

This article was published in
October 2017
By
Yo! Venice 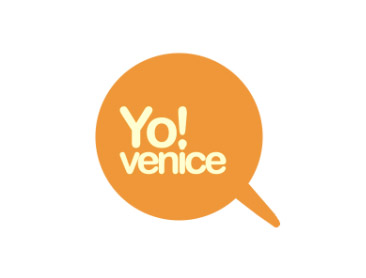 There is a space on the Westside, a zen oasis providing an escape from the hustle of life in Los Angeles. The Mystic Journey crystal gallery, yoga, sound bath and meditation studio is an expansion of the beloved Venice bookstore of the same name.

The new space at 1702 Lincoln Boulevard in Venice is not like anything in Los Angeles. Half of Mystic Journey is the crystal gallery, and the other half is a light therapy and Reiki room, and a studio where classes run seven days a week. Mystic Journey offers an abundance of options for people wanting to deepen their spiritual connection.

Mystic Journey offers not only yoga and meditation classes led by top local and national instructors such as Shayna Hiller and Ben Decker who combine explore the roots of yoga, yoga philosophy and the origins and foundations of meditation, but also combination classes for people who want both but are short on time. There are also Qigong with aromatherapy classes, breathwork, and regular sound baths. “I didn’t want to be just a meditation studio or just a yoga studio. I wanted to bring in as many different things to appeal to as many different people as we could and just have fun,” said owner Jeff Segal.

During the Chakra Yoga Sound Bath teacher, Jenny Deveau plays crystal singing bowls tuned to frequencies that resonate with each chakra. The vibrational power of sound can transport the listener to a state of deep meditation and relaxation where the chakras are balanced, harmonizing the energetic body.

“As humans, we are energetic bodies made of vibration. Sound is also vibration and thus has the ability to enter all the layers of our being including the physical, mental, and energetic.  Sound can balance and harmonize these layers to create the optimal conditions for health and well being,” said Deveau.

Mystic Journey’s…well…mystic journey began in Venice on Abbot Kinney Boulevard back in 2008. The bookstore has since moved from its original location but remains on the famed Venice street. The new Mystic Journey space on Lincoln Boulevard is different to the bookstore but still holds the same magical energy. Segal explained, “it’s got a similar overarching umbrella in terms of spiritual wellness, but we do different things in the two places.”

Segal described the gallery as having two kinds of art, “fine, abstract, and visionary art paintings and we have natural art, which is the crystals.” While some people buy the crystals for their beauty, Segal said other people are drawn to them “for all the energetic work that they can do with the stone.” As with any art gallery, many come simply to enjoy the art. “You can be right up with them and get a full body exposure. You can actually hug some of these crystals and have an amazing energy experience with them as well,” said Segal. Mystic Journey is also available for events.

Segal practiced law for 27 years before illness made him reassess his life’s journey. “I gave myself cancer…” he said. His choice of words deliberate. “I think people need to take responsibility for everything, everything that happens to them. I mean, we’re creating every instant. I actually remember one time I was really bumming out about being a lawyer. I was just like, ‘if I don’t get out of here soon I’m going to be sick and about a year later I was sick.”

On the flip side, it was also the power of manifestation that led to Mystic Journey’s new space on Lincoln Blvd.

“As time went by I was getting more and more involved with the stones and getting larger and larger stones and I was like, ‘I’d love to have a place where I can put bigger stones.’ I was trying to get bigger crystals in the bookstore, and I was running thought I’d love to have a place where I can get bigger stones…The gallery, I didn’t go look for this place. My landlord on Abbot Kinney came to me and said ‘I have a place for you.’ It was just a matter of putting the desire for a place for larger crystals into the ethers, and it manifested,” said Segal.

Segal explained the practice of manifestation is just that, practice. Like a pianist might begin slowly and clunky on a new piece the more they play, the more it flows. “It’s a matter of developing the muscles and the neural connections,” he said.

“I think the world’s ready. I think L.A. is a hub. California has always been a place that has been at the forefront of new ideas and openness and tolerance, so I think that this is the perfect place to launch things,” said Segal.