WHAT'S THE FUTURE OF BOOKS? WE ASK A PSYCHIC AT MYSTIC JOURNEY BOOKSTORE IN VENICE TO TELL US STRAIGHT

This article was published in
February 2018
By
Los Angeles Times 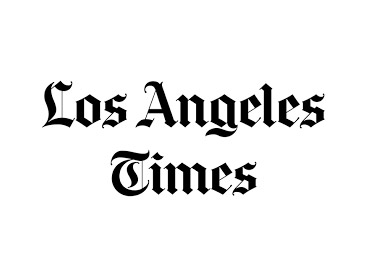 As a books reporter in the Digital Age, I'm often asked: What's the future of books? Although I can honestly say that I believe books are as vital and significant now as they ever have been, the truth is that I can't predict the future.

There are, however, those who can. (Maybe.) I decided to seek out an expert opinion; Los Angeles has just the place: Mystic Journey Bookstore.

What's the future of books? I went to this Venice bookstore — and hired one of its on-site psychics — to find out.

During my first visit, the store was bustling, with readers lounging in comfy chairs and on the back patio, perusing some of Mystic Journey's 5,000 books. Carlos Castaneda gets his own section, but the store's selection also includes more mainstream titles like Elizabeth Gilbert's "Big Magic" — less mystic, perhaps, than aspirational.

But for book lovers, especially those with a spiritual bent, the main attractions are the ample — and specialized — shelves. (Mystic Journey carries only self-help and spiritual genres, no bestselling novels or Trump White House books here.) I flipped through titles including "Dharma Parenting," "Everyday Psychic Defense" and my favorite, "Are You Psychic or Making It Up?"

Good question. Mystic Journey's most unusual draw, and the reason I'd visited, is a small hallway lined with private rooms for psychic readings. (It's not the first L.A. bookstore to offer such services: Hollywood's now-shuttered Bodhi Tree did, and the Psychic Eye does too at its shops in Sherman Oaks and Torrance.) Readings begin at $45 for a 15-minute session; with 20 psychic readers available, it's hard to choose. I spoke with Mystic Journey's owner, who helped me narrow it down.

"I believe that all things happen for a reason — and a good reason," Jeffrey Segal said.

A former lawyer who practiced at a West L.A. firm for 27 years, Segal decided to pursue his passion for spiritualism after recovering from cancer. That a second lease on life compelled him to follow his dreams, however, isn't the only twist he's referring to: In 2008, on the brink of the financial crisis, Segal happened to catch a radio story about the IndyMac Bank, with which he had a line of credit for the store's launch.

"I liquidated the entire line of credit and the next day IndyMac closed," he said. Without taking the money out immediately, he wouldn't have been able to get the store ready for its October 2008 opening. Following this auspicious beginning, Mystic Journey took off despite the economic downturn. Add to recession-proof industries like booze and funeral homes one other: spiritual and self-help books that people turn to during crises. "In that moment, we were of service to a lot of people who were really having a tough time," Segal said.

Within five years, Mystic Journey had moved down the street and into a larger space, and in 2017, Segal opened the Mystic Journey Crystal Gallery and Studio on Lincoln Boulevard. "People are very interested in crystals," he notes, for their purported healing properties; they have become an essential part of his business. Some crystals are small enough to fit in your pocket. Others, like a $16,000 geode big enough to stick your head inside (I checked), look like they might require furniture movers to get them out the door. "It's hard for me to go up to a stone and say, 'I feel it,' but there are people who I believe can," Segal said.

He also believes in intuition, and his psychic readers are as essential to his business as are crystals or books. For my reading, he agreed that a psychic named Aurana would be a good choice.

THE FUTURE OF BOOKS

"I'm just a conduit," Aurana began. "I go by what I hear, see, feel."Seated below a colorful mandala, Aurana was warm and smiling as she walked me through her process. She receives information from guides, or "angels," who don't provide dates or names but offer images and impressions. "I see things like I'm watching a movie," she said. During a reading in which she'd been asked to predict the 2016 presidential election results, she saw both Donald Trump and Hillary Clinton in the picture. She believes this indicated the discrepancy between electoral and popular votes.

To initiate the reading, Aurana shut her eyes and grasped my hands. She nodded slowly from left to right as if scanning some internal horizon. She hit upon an image.

"I was looking at you as a little girl," she said, "and you were reading a lot.

"Touché. But could we get broader? I asked if the angels could tell me what types of books, if any, people would seek out in the future. What were the books that would inform our cultural moment and change the world?

Her answer was surprisingly specific: nonfiction relating to self-care. "Big thing that's coming up is health," she said. "People are going to want to know more and more about ways to live longer, ways to live healthier, ways to live happier.

"What does the way that we experience books look like in the near future?

"A lot of if seems to be moving towards audio," she said with conviction.

Do the angels have a take on Michael Wolff's "Fire and Fury"?

"The angels are laughing," she said. "There will be a more significant revelation that will create greater impact [than this book.]… They're not saying that it's not factual, I don't want to allude to that, but it's more amusing to them."

I wanted to go deeper, so I asked if we could speak with a writer. Aurana's face lighted up. She called upon her guides until an author presented himself.

Telepathically, she sensed his emotions surrounding the future of books, "a range of urgency, anger and excitement." She told me that he was older, that he had devoted his life to literature and that he had a professorial air. She smiled. "He's says, 'I'm glad you're here.'"

Aurana relayed his message. "Respect for the spoken word is getting lost," the writer told her from across the veil. "It's important that she begins to understand, and that the industry begins to understand, that this level of knowledge, books and communication in the way that we've known it will only have value to a certain group of people."

Deflated, I said nothing, but she went on with a reassurance of her own. "You may not get everyone, but you will get some, and the some you get will be very dedicated," she said. "Whatever this group is… it looks very alive."

What's the future of books? Bibliophiles, bookworms and readers, the guides have spoken: It's up to you.

Agatha French is a staff writer in books at the Los Angeles Times. She has worked as an editor for a number of literary journals and magazines, including the Los Angeles Review of Books. She holds an MFA in creative writing from Bennington College. Born and raised in California, she has lived on Vancouver Island, British Columbia; St. Andrews, Scotland; Boulder, Colorado; Cambridge, Massachusetts; and the west and east sides of L.A.